Today San Francisco has weather that can only be described as perfect. It was a beautiful day to meet with friends and take time to enjoy reading people's forum posts. What excellent questions people ask! What superb insight and wisdom in people's replies. Bodhisattvas of the earth, all of you. Lets chant Daimoku for sgibuddhism.org and watch it grow tremendously!

I am so excited to be in the SGI at the beginning of the "second act" of Kosen-Rufu. We are the ones who are carrying on… Continue

Every morning in Africa,
When the Sun rises, a deer awakens,
Knowing it has to outrun the fastest Lion, OR, be hunted to death....

Every morning in Africa,
When the Sun rises, a lion awakens,
Knowing it has to outrun the slowest deer, OR, be starved to death....

It does not matter whether you are a deer or lion, When the Sun rises,
Better be running at your best..

You only live once.
What do you really want to do and achieve in… Continue

----
"The first thing Mr. Makiguchi did on arriving at the meeting place was to greet the host family with a warm smile and sincerely thank them for opening their homes. When we're making use of someone's precious home, it's only natural that we show them the greatest courtesy. We must be sure to show our appreciation in tangible ways. Despite various personal circumstances and situations, these families are kindly allowing us to use their homes for meetings.... We need to behave with the… Continue

Cause and Effect and the Nine Consciousnesses

As we go about our daily lives, in every single moment, we make causes in the things that we think and say and do. Buddhism teaches the existence of a law of cause and effect which explains that when we make a cause, the anticipated effect of that cause is stored deep in our lives, and when the right circumstances appear then we experience the effect. This concept of cause and effect is at the heart of Buddhism, and the characters for 'renge' in Nam-myoho-renge-kyo mean the simultaneity of the… Continue

The End of an Era

The past three weeks have been very hard on me. As many of you know, my aunt and sister died just a day apart from each other. This evening I find out that my brother and my uncle died. I am now the last survivor of my immediate family and only have one uncle left alive.

Good thing I have a Woman's Divison Leader coming for a home visit tomorrow because I urgently need council and encouragement. I wonder how much Daimouku I am going to need for this....

Some music & dancing that always cheers me up.

This video and song are so full of life and energy and I hope it will make you smile and dance too! It is Elvis Presley's A Little Less Conversation remixed by Junkie… Continue

We Need some SGI Dharma Punks!!!

Add to My Profile | More… Continue

"What we need now is a Don Juan role model, a shamanic soldier priest who can cope with what's going on, to deal with the type of energies we're up against in the jungles of our democractic cultures, where the new word for demon is 'corporation', where mind-devouring glamors are used in advertising, where sigils become logos and warlocks are called spin doctors. Because you can't go into this like a… Continue

I remember it was sometime in 1999 C. E. I was taking classes at the local community college-it was afternoon-I was at the library. Instead of doing whatever I was suppose to be doing-I ended up just looking for odd books & copying strange or meaningful quotes. I didn't have Internet access back then-or if I did it was limited & back then the library really was the place to go for information-anyways here are some of… Continue

From Shin Yatomi's article "An Illusion of Independence," apparently originally published in the World Tribune 10-3-03 (before my time), I found it in the book "Buddhism in a New Light." I am tempted to post the whole article...then I suppose that's not so much blogging as it is...plagiarism...ahem.

"Unlike medieval villagers who knew intimately where their bread and eggs came from, we never see those who make our lives possible, and we rarely think of them. Modern technology and the…

I WOULD LIKE TO SPEND MY LIFE COLLECTING SUNSETS

Yesterdaynight I received the sad news that one of my swim mates had unexpectedly died.I have been in shock all day.
His name was Alex Gast and this is his photo: 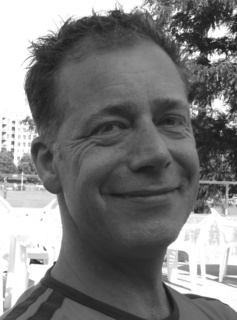 A bottle of water, pure water,

It satisfies my thirst of…

I don't know what it is lately but I seem to be doing Toso like crazy. I started a toso this morning around 5 am and just finished it about 15 minutes ago....its now 7:15 pm.

More quotes in my head...

Not from a Nichiren Buddhist but good stuff...

"Looking for alternatives--better sights than we see, better sounds than we hear, a better mind than we have--keeps us from realizing that we could stand with pride in the middle of our life and realize it's a sacred mandala."--Pema Chodron

"Compassion isn't some kind of self-improvement project or ideal that we're trying to live up to. Having compassion starts and ends with having compassion for all those unwanted parts of…