The value of reading by Pres.Ikeda

READING is dialogue with oneself, it is a self-reflection which cultivates profound humanity.

Reading is therefore essential to our development.

It expands and enriches the personality like a seed that germinates after a long time and
sends forth many blossom-laden branches.

People who can say of a book "this changed my life" truly understand the meaning of happiness.


(This is a rough transcript of the guidance Mr. Sonoda gave at the International District meeting on November 30th, 2000. He gave us all a challenge to turn our situations around into the greatest benefit by January 1st, 2001. (See the "December Challenge" below.) The theme of our meeting was appreciation. I hope it inspires you as much as it did… Continue

First, thank you of you all sincere Daimoku, specially my good comrades.. Aiko-san. Her message to me:
To my friends
Life is about winning
Buddhism is also about winning
Therefore We must absolutely be victorious.
Never forget this important lesson.

Ya, we are living bout winning...
Even I am so sad to knowing that she had a boyfriend... but I still send my best wishes and Daimoku to them.
I had put my efforts into the 3.16 Kosen-Rufu Day. Our… Continue

"Recently, researchers of Harvard Medical School and the Unniversity of California, San Diego published findings indicating that happiness is contagious....This research supports the idea that a zone of happiness can be spread through a social network. (The reason for this Blog).....

The German poet Heinrich Heine wrote, "The hearts of [great] individuals are like earthly stars, and I believe that, if one looked down on our planet from above, these hearts would radiate in our eyes… Continue

she have a new boyfriend right now...

My heart is pain, l getting start to confuse my way... She's told me this morning, that she have a new boyfriend. And her new boyfriend is a Gakkai member too.
I should chant for her happiness, even now she's share her life with a new guy but l'm still in love with her. My daily Daimoku is for Gakkai objectives, and also for her. My Region YMD Leader told me, do not forget to continue my great mission, do not give up to chant for her, she'll feel my sincere Daimoku. Tomorrow is our 3.16… Continue

Codepink is gathering 4"x4" knitted squares in pink and green to place on the Whitehouse fence in honor of Mother's Day. US Mother's Day was started as peace demonstration not by Hallmark!
For more information go to the link:

i was scared stiff!

tonight, i almost reared end a car in front of me.
luckily i applied the foot brakes in time.
i was too exhausted and was driving back home after a LONG day.
the car wasn't even MINE!

the night before, i almost got ran over by a kid on bicycle from behind me, at fast speed.
i had my ear stereo on.

i was EXTREMELY lucky on these 2 occasions.

i apologize for all the negative karma i have incurred.
i really need to chant… Continue

Just want to share a great piece from one of my favorite sites.

brought to you by : Daily OM

March 27, 2009
Seasons of BeautyAging Gracefully
We tend to associate youth with beauty, but the truth is that beauty transcends every age. Just as a deciduous tree is stunning in all its stages—from its full leafy green in the summer to its naked skeleton during winter and everything in between—human beings are… Continue 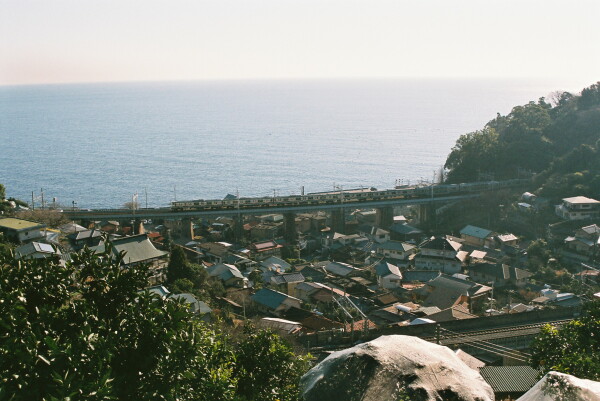 Ikeda sensei wrote for depressives... Who said you have to take a high speed vehicle when you would leave Tokyo for Osaka.
If you board a local train, you can find the different view in comparison with Shinkansen!

I think that slow traveling also means to take a step forward.

about movies of trains… Continue

Darkness like the ocean depths
Swirls like heavy waves…
Against murkiness, a struggle,
reaching for the surface where
I could finally breathe the air

Seems like ages I’ve been under
Swimming against the currents
Pushing, climbing, fighting, aiming
toward the light that shines
above, beyond, ahead. I find

All my energy has been spent
fighting on and on,
groping to pull from
the danger of slipping down
Gasping now… Continue

WHere is the PEacE

Where is the Peace our Native Ancestors
Fought For?
How long must we suffer in silence,
For our birth rights?
Why
When
How long?
Peace MUST be coming>>
MUST be on the way!?
We keep fighting<>suffering<>struggling<>
winning<>crying<>tears<>Laughter<>
sorrow<>I cannot stand the injustices of the past<>
present<>future<>
I Must endure<>PEACE is… Continue

Oh yeah, I forgot to mention that after May 3, 1979, sensei then went on a home-v campaign (200 or so households, if I recall Danny Nagashima's talk back in 1998 YMD FNCC seminar) having… Continue

Testimonials and recollections of 41 members of the Kansai World group:

Where are the Jamaica SGI members??

I'm planning a trip to Kingston, Jamaica in late June. Are there any SGI members I might be able to connect with? Please give me any info that might be helpful...

"THE BENEFITS OF VEG"


The Benefits of Veg

We had a Tremendous Discussion Meeting this past Saturday; 10 of us including 1 guest and 3 YD who participated in the meeting. St. Augustine District is growing nicely. Mrs. Robinison insisted we stayed back for a bit to eat. Someone had gone to pick up pastries. Waiting gave me a moment to speak with my guest and we spoke with each other in the meantime.

We encounted all Sancho Shima conceivable. Emerald Isle Youth Division Leader had to fight her lazy nature. It hit her had but… Continue Nichiren Daishonin loved Mt. Fuji.
I took this photo in the morning in Shizuoka prefecture.
Unfortunately the "Fuji" overnight limited express train was abolished on 14 March.

In Japan, traffic situations are rapidly changed every year. When passengers go to Kyushu (west part of Japan), many of then use plane or Shinkansen. So overnight limited express trains are not always required.

In the past, the "Sakura (cherry… Continue

looking for pics of sensei toda transfer of batin of kosen rofu to youth particularly to sensei ikeda.

There goes my ear again. It's been buzzing since September, burning, aching. I've kept my upper lip stiff and my chin high but something has to break. Maybe you already know, maybe you don't want to hear it anymore, but I can't breath. This morning my daughter and I sifted through her clothes looking for pants that she could exchange for the ones that showed five inches of her Halloween socks. She pulls out a pair of shorts and insists they will work. But, it's raining and gray and chilly and I… Continue

Looking for Memebers In Houston, TX

My cousin is having a hard time and I have been talking to her on the phone encouraging her but I can't be there to take her to a meeting. I would really like to get in contact with someone there to find out where the closest meeting is to her so she can go and an introduction meeting would be great. She has transportation, she just needs to know where to go. I have contacted some members on the SGI-USA website but I thought I would try here too Thanks. Laura Campbell campbellssoup@hotmail.com

Brian Melichan is now a member of SGI Buddhism (.net)
Sep 18
Welcome Them!

Jim Feeney is now a member of SGI Buddhism (.net)
Sep 17
Welcome Them!

Toshizo Saejima left a comment for Dulce Rodriguez
"You most welcome! Enjoy it!"
Sep 9