support by SG members in Tohoku

Today I visited the Kaikan and saw TV. We heard about members in Tohoku. Many sufferers could not get enough food. So SG members carry foods and others to Kaikan in Tohoku by bike (not motorbike). One mayor of a town affixed a seal to cellophane of rice ball, and wrote "food by Soka Gakkai". He said that to support sufferers by Soka Gakkai is stronger than Japanese government of "the Democratic Party of Japan". At kaikan in Tohoku, suffereres are accepted to stay.…
Continue

Daisaku Ikeda is a man with a great heart and a great vision for humanity’s future. I admire not only his passion for peace, as expressed in his annual Peace Proposals, but also his perseverance. He does not give up. He has a deep well of creativity. His words have power because he is a man of conviction and action.

This year’s Peace Proposal is titled, “Toward a… Continue

What is success in life? Who are the truly successful? There are famous and powerful people who become pitiful figures in their old age. There are people who die alone, feeling empty and desolate inside. Just what is success? The English thinker Walter Pater (1839-94) wrote: "To burn always with this hard, gemlike flame, to maintain this ecstasy, is success in life." The person who lives life fully, glowing with life's energy, is the person who lives a successful…

Now is the time I stand up

As a bodhisattva of the earth I vow to fight alongside President Ikeda my mentor in life to bring happiness to all living beings.

To propogate the beneficial medicine of the mystic law establishing  the correct teaching for peace of the land.

This is my vow

to Meet SG member in Nagoya, Aichi, and EXPO

I met SG members in Nagoya city Aichi prefecture, on 17APR.  It has been about 6 years since I met him last.  We talked the days when I met him in Nagoya for several hours. During my job of "EXPO 2005 Aichi Japan", I had lived in Nagoya city, Aichi prefecture.   At that time I attended the meeting in Nagoya.  And I went to Misaki Kaikan for Gajokai duty in Kanagawa (round trip: 800 kilometers), every 3 weeks.  In the morning, or evening after job, I boarded the Tokaido Shinkansen from Nagoya… Continue

Please chant for my lost Cat

My cat Bow has been missing for a week now. It's the first time she has ever been out. She's missing in the Fleet Estate Area of Dartford Kent in England. Please chant for her safe return for me!! NMRK xx 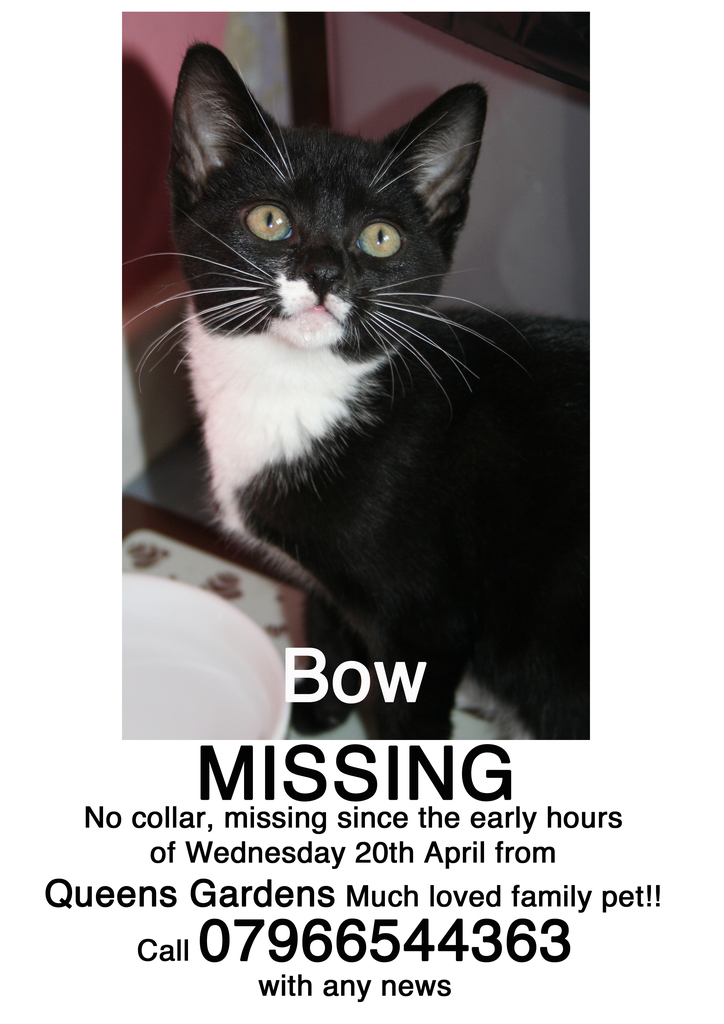 Nam-Myoho-Renge-Kyo is Correct and Profound.
Allah "GOD", is REALITY!

Another Explosion in Fukushima prefecture on 21APR

Outside Japan, I heard most of the news of the Great East Japan Earthquake is Fukushima Daiichi nuclear plant. I think people consist of our society, and it is important to know the situation of local people. Human being is not machine.

Most of Japanese people think Prime Minister Kan (belong to the Democratic Party of Japan) is not appropriate person as Prime Minister. His actions are too late! On the other hand, the Komei Party (supported by SG members) is quick…

Conversation with Dozen-bo is a blog post from my web-site in which I take a fictional look at a young Nichiren, while still at Seicho-ji Temple, as a way of exploring his views on the confused state of Buddhism in the Kamakura period. My research is based on the Gosho, sensei's writings on the Lotus Sutra, the SGI Buddhist Dictionary and some books by T'ien t'ai… Continue

This is my photo that I went to Soka Gakkai Fujizakura Memorial Park (Fujinomiya city, Shizuoka prefecture). There is my father's grave. This park is located in Asagiri highland at about 800 meters high above sea level. I just got done with Gongyo and picked up my book on Prayer by President Ikeda (it's available on Amazon.com)

I read this quote and had to share it. As Buddhists we set big goals for ourselves with the determination to make them happen. We are always moving forward, even when it feels like we aren't, we are. Our lives are changing and our prayers are…

What a truly memorable   event Mount San Victoire bore witness  to  .....quite possibly the best COURSE THAT I HAVE  EVER BEEN ON..

South East London Area is about to go cosmic   we are truly a dynamic and capable  bunch .

The experiences were heart stoppingly emotional .,the entertaiments were second to none  Simon Green you ROCK.

Yuyu  your dancing was divine  and subnlime  you moved me to tears .

The action team were fabulous , the Lectures were…

The Buddha Nature in Dogs

One of my friends, Safwan had posted an article on "Dogs Buddha Nature".  I am attaching a link to it here or you can visit his Page. It is Amazing. Dogs are such incredibly wise, compassionate beings who live in their Buddha nature and we can all learn from them, I know I do!  Enjoy the article, it is Wonderful! Thank you again Safwan :)

Daimoku for courage and strength and also wisdom for....

I have 8:00am Court date tomorrow April 13, 2011 at Kapolei First District Court, EX-wife has ordered the court to have me signed over the house that is still under my name, in which she and my children of 5 are living in; also payback $44k for shared mortgage that i have not given her; and also payback $3,500 for child support that i owe still beside my monthly payment.

Chant on for my father and the world....

My father is in hospital due to some virus infection... he is feeling low and depressed... please all pray for him.... give him the strength to continue chanting... not depressed... to fight against the virus and get well soon

A Thousand Winds in Japanese

I went to Hachioji city Tokyo for my job yesterday (11APR).  But this is not a job at Soka University.
I met some colleagues after long time. The reason why I could not meet colleagues is that all of them lost jobs after the East Japan Earthquake. It is, so to speak, the novel "Gone With the Tsunami (not Wind)" created by me?!!. Everyone thinks so.
A colleague heard an introduction of a job of that nuclear power plant (daily wages: 300 thousands yen?!!). But he do not know nuclear…

At present, in Kamakura and Enoshima, there are few tourists in comparison with usual. Earthquake (not big now), self-imposed control by Japanese people, tsunami (only 1 meter high at that time), etc... Especially in Hakone, Kanagawa, about 90% guests canceled hotel reservatios.

*To KAMAKURA:
Yokosuka line (owned by JR-East) is operated as usual. It takes about 1 hour between Tokyo and Kamakura by local train. Light of stations and operating… Continue

When people are ill around you

I know that this may be controversial to actually speak out about something, but I think it is important enough to take the risk and speak my mind.

I brought a fellow member to Kosen-rufu gongyo who has cancer and was very frail and walking with a walker. We went into the bookstore which had a long line. I was hoping that the people in the line would notice that this person - weak, frial and obvously quite sickly maybe should be at the front of the line instead the back waiting and…