We fight the devilish functions
And those who distort the truth.
We protect our sincere members.
We foster our capable youth.

Ikeda Sensei is our mentor.
He's traveled the world for peace.
We vow to carry on the battle.
Our efforts will never cease.

We pray with deep resolve.
Victory and justice the goals we seek.
When confronted by evil,
We don't hesitate to… Continue

I got this from my Chapt. leader Sensei's guidance- "Pray that all the heavenly deities manifest in our body & we develop the same life-condition, life-force, & vitality as Nichiren Daishonin. " ( unofficial translation) From YWD HQ meeting in Japan. I chanted this way this morning & feel really great! I got up feeling sick. Have a great Buddha-licious day! Kathy

There are just so many wonderful people on this site! I really need to put greater efforts into meeting every one of you. I've been so busy lately between SGI activities and my own project there just doesn't seem to be enough time in the day for it all.

The good news is that all these activities are good. There things I've wanted to do and much of it is a direct manifestation from chanting Daimoku.

Anyways, I just wanted to pop in to say "hi" and let everyone know things… Continue

Every day, I climb the mountain,
Struggling upward, even an inch.
Forward motion is most important,
Never giving up or giving in.

Every day, I see the people
Straining against overwhelming odds.
How noble is their determination!
How inspiring to each other they are!

We must stay connected, life to life.
Never isolated in misery and defeat.
When I fall you help me get up
I help you rise again when you're in… Continue

Still I am Dancing

STILL I AM DANCING by kathy delicato

Though my mirror shows me
Lines and wrinkles,
Crispy crinkles
Around my eyes.
Cellulite… Continue

Hope is Another Word for Courage

The determination to never allow yourself to be defeated is hope. It is a choice we must all make, especially when life has handed us a particularly difficult situation. The reality is life is in constant flux. What exists today will change in time. If we base our happiness on something outside ourselves, we will be sure to experience a feeling of hopelessness. 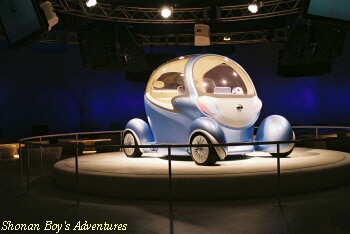 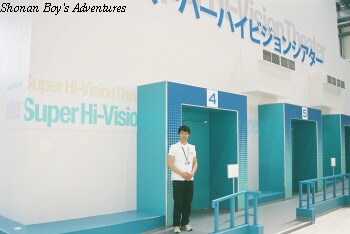 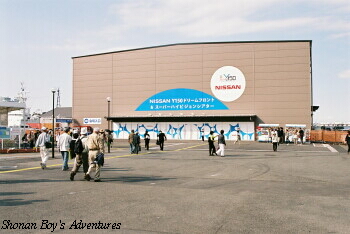 A Picture of Toda Sensei and Ikeda Sensei

Toda Sensei was 58 years old, and his young direct disciple was 30 years old. Honorary Citizen granted from The City of Belton, Texas, USA

Sensei and Mrs. Ikeda were granted "Honarary Citizen" of The Cith of Belton, TX, USA. 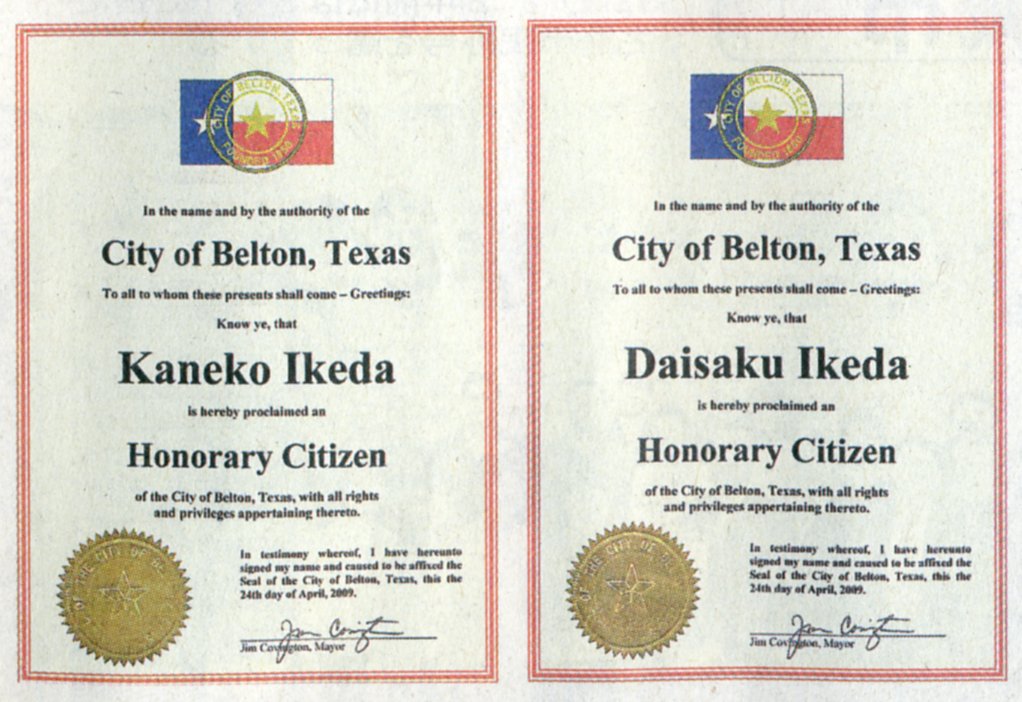 It is just 25 years since Sensei's first visit to Dallas, TX, so the members of Texas has challenged "Human Revolution" in order to respond to the mentor's expect. Their victory makes this time's grant. 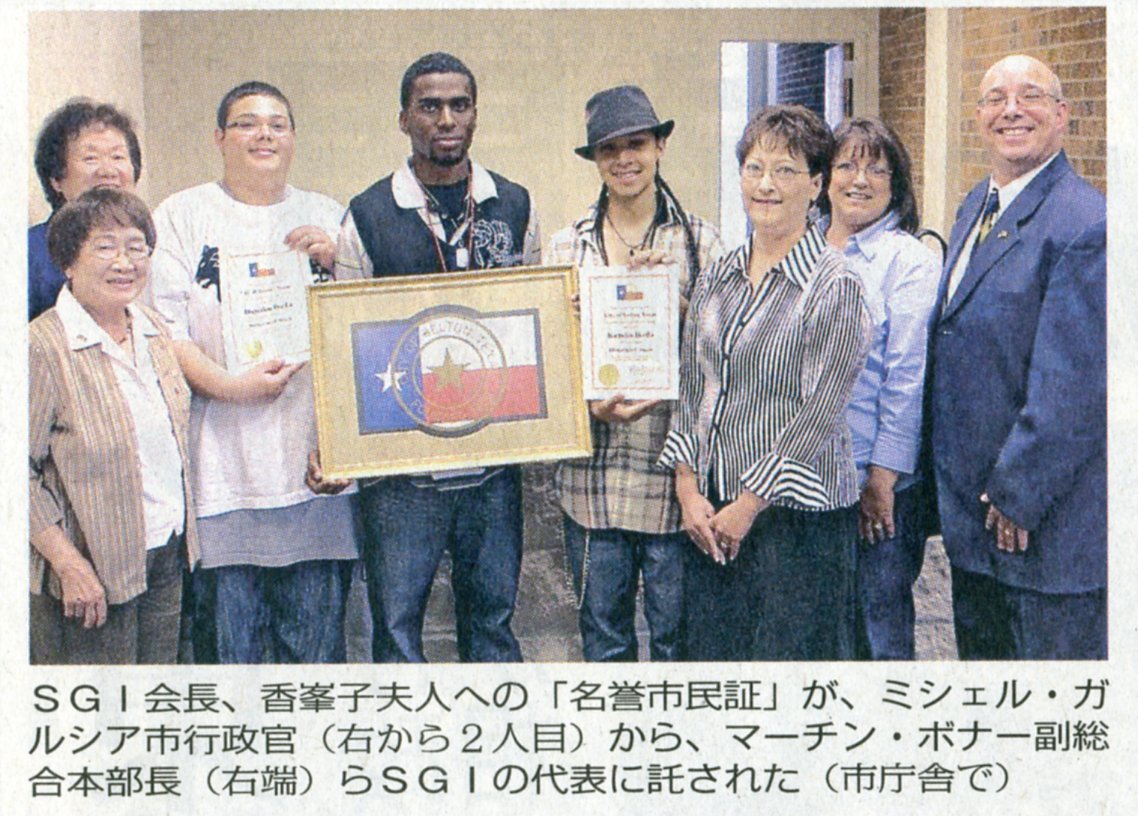 Based on "The Seikyo Shimbun" dated… Continue

Following Earth Charter List, which I'm not sure whether content is shown properly or not, comes monthly. I subscribe to the Charter since 2007 during the beta-1 draft which the SGI and Boston Research Center joined the revising process, you know. Supposed to be copying doesn't work well, so you endorse the Charter and subscribe yourself.

Just when I thought everything was on the right track for me to get my Gohonzon, my brother, who I live with here in Singapore ( I am an Indian) suddenly objected "saying I should keep Soka as a habit" (whatever that means!!!!) I was upset and the constant thought of not having to put up a fight rather staying calm and continue to chant vigorous diamoku doesn't seem to help!!!!

This obviously led to anger, which I cannot express ( as a basic nature) and hence Low life condition. Now… Continue 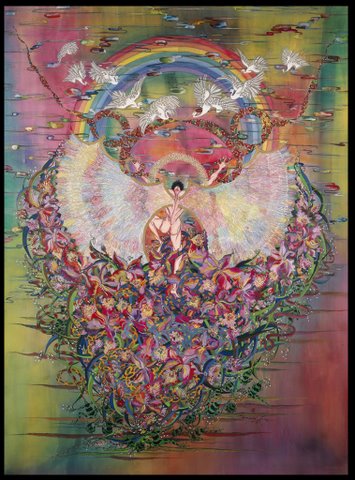 The provisional view is still in the world of dualism, where as the true Buddhas see themselves as one with all Buddhas (and everything else) throughout time and space.

provisional Buddha
[迹仏] (Jpn shakubutsu )
Also, transient Buddha. A Buddha who does not reveal his true identity, but assumes a transient status or role in order to save the people. The term is used in contrast with "true Buddha," a Buddha who has… Continue

I AM LOVE SPRINGING ETERNAL FROM THE GREAT HEART OF THE MOTHER/FATHER GOD,
GODDESS ALL THAT IS

I AM the LOVE that shines like the sun, in all directions, with great
intensity, without regard to judgments about who or what should receive

I AM the LOVE that radiates out from the core of my Being and conditions the
space around me, making clear a way for LOVE to penetrate even the most
hardened heart and mind.

I AM the LOVE that pierces the veil… Continue

dear friends, thank again for all your blessed comments. as you know, I 'm starting chanting since last january and received my own Gohonzon on april 26th 2009.
yesterday I just came back from one week in Provence, where we spent a week in a rented house... ( I don't know how to say in english " en plein campagne provençale...entourée de lavandes et de pieds de vignes, un endroit vraiment bucolique et merveilleux..." ) each morning with spring's sun, quiet and peaceful… Continue

"it's easy to be happy when it's sunny, you have no health problems, and you've just won a million dollars in the lottery. Our Buddhism is a tool to uncover our fundamental happiness, that is unchang…

"it's easy to be happy when it's sunny, you have no health problems, and you've just won a million dollars in the lottery. Our Buddhism is a tool to uncover our fundamental happiness, that is unchanged by circumstances."

This reply to my latest battle with fundamental darkness was by Robert Ploss of this sgi buddhism site. I felt it was so right on that I decided to reflect on it further.
I found that I have been equating "accomplishments" with all those things in life that seem… Continue

THE POWER OF DIALOGUE IS IMMENSE, IT IS OUR OWN HUMAN REVOLUTION AND THE PROCESS OF HUMAN EVOLUTION. I found this article recently to be very insightful in dealing with the site manager and owning some of my own issues.

According to this article - "In addition to refusing to engage in a dialogue (which I admit to doing), there are a number of attitudes that prevent the process from occurring ...the most important attitude to bring to dialogue is the ability to suspend… Continue

I was wondering if there were any of you attending the FNCC, Treasures of the Nation Conference? It's for District & chapter leaders held on June 5-8, 2009.

Prose Section of Hoben Chapter with Quotes from Nichiren

"At that time the World-Honored One calmly arose from his samadhi and addressed Shariputra, saying: "The wisdom of the Buddhas is infinitely profound and immeasurable. The door to this wisdom is difficult to understand and difficult to enter. Not one of the voice-hearers or pratyekabuddhas is able to comprehend it."

(Nichiren gave us nam myoho renge kyo of the three great secret laws accepting this we can become buddhas ourselves. - Philip )

What is the reason for this? A… Continue

On Prayer: “One may ask why the results of these vows should be so long in appearing. And yet, though one might point at the earth and miss it, though one might bind up the sky, though the tides might cease to ebb and flow and the sun rise in the west, it could never come about that the prayers of the practitioner of the Lotus Sutra would go unanswered." WND

Today an Honorary Doctorate will be conferred on President Ikeda from Queen's University Belfast.
Will add more to this blog as news becomes available. 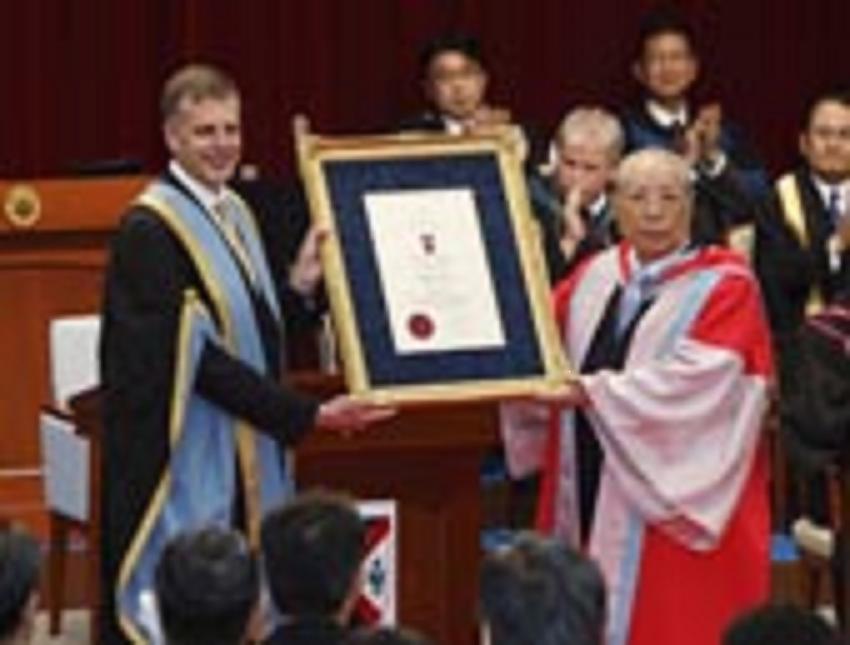