i've felt that i haven't been chanting enough daimoku lately.
true enough, i almost REAR ENDED into a car this evening on my way home.
it's was such a close shave!!!!
after getting home safely, i quickly showered and chanted daimoku for 30 whole minutes.
i was still shaking inside. really thankful that NOTHING terrible happened to me.
please please EVERYONE chant abundant daimoku everyday!!! for your own safety and everyone at home.

Thank you for your Daimoku!

Hello my Buddhist family. It has been awhile since I have been on line to respond to everyone that gave me encouragemnet to do alot of Daimoku. Well as of today, I have a job, plus an apt., I received everyone's Daimoku and I just want to say thank you so much. I have been doing at least 5 hrs a day. Two hrs. in the morning, Two hrs. evening and I sometimes get up between the hrs. of 2 am - 4am and chant then go back to sleep. I would go to the community center and chant until they close the… Continue

What is it like to be a Buddhist in London: To Trust or Not to Trust

T to be a Buddhist in London: To Trust or Not to Trust
Practicing Buddhism in London, is just like practicing anywhere else in the world.But,I believe that a practice will take on the mores, values,mental landscape of a country.In the recent March 2009, Art of Living magazine (The U.K Nicheren Buddhist Magazine),there was a discussion about a survey that was taken place all over Europe.

In it was discussed the following questions:
1) Generally speaking would you say that… Continue

"The purpose of Buddhist practice is to become happy and to win in life. Buddhism enables one to change everything into a source of happiness and victory." ...Daisaku Ikeda The Century of Life an Inspirational Datebook "May"

A few days ago on Wednesday a friend notified me that Elizabeth Clark had passed away. She was a very active member in the Fuji district here in the Netherlands, Amsterdam. Members all over Holland were invited to attend the toso of her district.

I pondered this for a short while. Being an artist I always juggle my funds between things I would like to have and things I (think I) need. In this case, I considered it appropriate to attend. I had not known Elizabeth personally, but from… Continue

actually it so happened that I needed to challenge myself for 2008. President Ikeda had laid the groundwork for kosenrufu and now it was up to us... what goal could I set myself to grow further?

I heard a beautiful allegory. Two YMleaders were reading the poem by the Chinese political poet Bai... you can choose to stay in your comfort zone as a carp, and never climb the waterfall, or become a dragon who has more… Continue

We lost our district leader today, JoAnn. If you are in the OKC area, we are having a district meeting at our house on Sat at 2 and we're going to do the Offering of Incense if you would like to come. Email me for directions to my house. Plans are being made for a memorial at the community center as well. She will be truly missed. Chanting for a smooth transition into her next life.

To dear my friends who are facing challenge right now right here...

"No one has ever become a great person without personal integrity.
Integrity is the ultimate aim of every philosophy, the light illuminating out world"
...Daisaku Ikeda...

When Love knocks you down

My Story is interesting for those who seek to hear it. I have a boyfriend. His name is Buster. I met Buster while I was in Nashville doing my 10 week internship in Nashville, Tennessee. We hit it off very nicely but one of his insecurities was that I couldn't really speak to him due to the fact that I was eithier at the internship or I was doing something around town. After we gotten pass that insecurity I realize that we have made it pass 1 month. Relationship, especially with me don't have a… Continue

RE: EXCHANGE MEETING with WD and YWD members from Indonesia.

It was an enjoyable and an interesting evening of sharing Sensei's teachings and guidance, and experiences from the Indonesian members.
It's amazing to see how the Indonesian members travelled by vehicles to catch the plane over to my hometown to share what they have learn from Sensei's guidance. I learnt that some of them have met with Ikeda Sensei. It must be awe-inspiring for them.
Their experiences were really moving, and show their ichinen to change their human revolutions.

To Those Who Read This,
I've made a Determination that before the end of the year I will have the following books:

1)The Writings of Nichiren Daishonin (All Volumes)

Figuring that I'll be up at The Cleveland Center to be able to purchace these.

On Repaying Debts of Gratitude

Here in one of the richest countries in the world, America we are so blessed to be here, in the other third world countries there allot of suffering going on, so i would like to remind my fellow buddah's to not forget to be thankful for what we call,"the little things", other countries are suffering and dont have the blessings of cell phones, plasma tv's, etc, etc. So I'd like to say: I like to say thank you for the food i have to eat, I would like to say thank you for the money i have to… Continue

I just stumbled across this classic Jack Nicholson film yesterday and what a great film.

It is apparently well known to some members as a classic film because Randy Quaid learns to chant in this film.

It was made in 1973 and they actually show an old school NSA discussion meeting which features some actors (Pre-SNL Gilda Radner is one) giving their "experiences."

"SoulKiss" sends out a BIG THANK YOU!!!

We were suprised and honored that SO MANY SGI Memebers came out to "The Duplex" 8/22 to see and support "SoulKiss" w/Special Guest Susaye Greene (Also on the bill who wasn't announced but played piano for Susaye was Mr. Onaje Gumbs an SGI member since 1973)

You have no idea how much have you all there meant to us. Hope to see you at any adn all future gigs we have in NYC and everywhere else :-) Thank you, Thank you Thank you...NMRK!!!!

check out my blogspace at http://sunstream-sunstream.blogspot.com/

It's real easy to criticize someome, perhaps it makes us feel better about yourself. If we really want to make progress in life and possible a good friend, when ever we feel the urge to criticize, offer assistance or helpful advice instead. It would be a much better world if we all just took the responsibility to do this one simple act. There may be times when that person does not want our help, we should… Continue

BLESSINGS, WISDOM AND HAPPINESS
Just Waking on a Sunday morning in Spain.
The moment I smiled I felt a fresh, cool, breeze on my face. It is hot here but not as hot as in Las Vegas. The time to win is in the morning. My morning ritual is to smile, give thanks, write and chant.
I am not perfect only strive for progress. Even if I take a baby step forward I know I am on the true path. I love the Gohonzon for it is the gift of myself . It is the greatest benevolence of self love… Continue 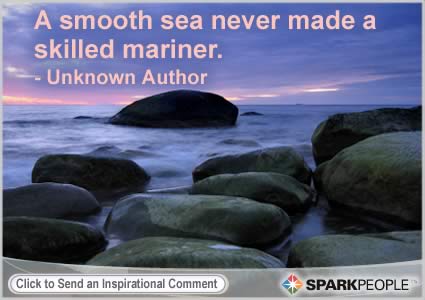 I choose to turn all my obstacles into benefits, weather the storms, gain wisdom and become a victorious yatchwomen! I would Love to have a yatch!

Any members in Bangor Maine?

I have a friend who is a sister of one my high school friends who is wanting to try this buddhism. She lives in Bangor Maine, and is truly seeking some sort of spirituality. Please contact me so I can give you her details. Thanks

from the record of orally transmitted teachings

Now when Nichiren and his followers chant Nam Myoho Renge Kyo they are presenting jeweled flowers to the Buddha.