I have Return Home from the Rehabilitation Center

I was in the Rehabilitation Center for 8 days. When I was in the Rehabilitation Center I had physical therapy two hours a day and I had occupational therapy one hour a day. I returned home Wednesday September 22, 2010. My doctor said that I can do activities as tolerated. Now I am recovering from my surgery and it take 4 to 6 weeks to recover from this surgery. I appreciate the SGI Members Diamoku Support.

Thanks to Noriyo Ann Sekiyama for her post of these on the group, " SGI President Ikeda's Guidance"

"Bodhisattva Superior Practices represents true self and fire. True self is the awareness that one is a Buddha. It is a state of life characterized by a firm sense of independence and conviction that remains unfazed by any of life’s tribulations. The function of fire is to burn. That is to say, we burn the firewood of our earthly desires, which should by rights be the cause of… Continue

"Bodhisattva Pure Practices corresponds to purity and the element of water. This bodhisattva represents the function of continuously manifesting the pure life-state of the Buddha and purifying all phenomena like clean, clear water, while remaining untainted by the defilements of the world. Within a pure heart reside rich sensitivity, appreciation, and emotion. Beautiful flowers of humanity bloom therein." President Ikeda The New Human Revolution… 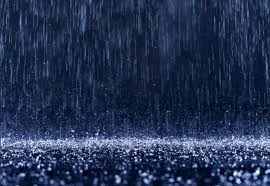 My 81 year old father was in a car accident in northern michigan ending up in the hospital without any serious injury last weekend. He had blacked out while making a turn at an intersection. The drs. were trying to find out what was the cause of his losing consciousness and have discovered he has a mass in his intestine. He has been so fortunate throughout this time with great care from the hospital staff, police and no one was hurt at the accident. I am traveling to FNCC this weekend after… Continue

I wrote a small program that turns the gosho into a searchable database. My way of thinking, working, and studying has made me feel this need very strongly and i was unable to find a searchable, digitized gosho. I used a standard feature of most browsers, and an advanced search feature in google to come up with a simple prompt that stays as a bookmarklet, and lets me search all the goshos that are online. I have used only the material on the nichiren.info site, which to my understanding is… Continue

I had successful kidney removal surgery 7 days ago. Currently I am the in-patient rehabilitation for 7 or 14 days. My left kidney was cancerous and it did not spread throughout my body. When I get back home I will up date everybody regarding my situation.

Am back am back with pains hatred why me hmm,i was chanting to get a job and i had but i thought that was the only happiness and joy i ve ever had in my life which i neglected my responsibity and i was chain in obstancle and challenge at my work side.i was acused of stealing money at my work side which i know anything about but i told my boss that am inocent of the case and then a lady i knew who took the money was deny but rather swaering that i will die but i told my boss that the trueth wil… Continue

My Husband Jason just released his new Single Hammerhead on iTunes!! Just search Jason White Hammerhead and get ready to Rock Out!!! Enjoy!! Thanks to Noriyo Ann Sekiyama for her post of these on the group, " SGI President Ikeda's Guidance" "Bodhisattva Firmly Established Practices corresponds to happiness and the element of earth, or a life-state of spiritual peace and enlightenment. In other words, it represents a state of being that brims with strong life-force and enjoyment for life, never wavering in the face of hardship. It is also the function of making others feel safe and… Continue

Hi Buddhas I just wanted to share some art,beautiful art and hand crafted butsudans, that my husband is now making, with all of you.
http://bbberg.wordpress.com/category/beautiful-butsudans-by-keith-hicks/
Site description: Beautiful photos of hand crafted S.G.I. Butsudans
The most extra ordinary is the "green" Butsudan transforming a gun rack into a beautiful Oak and Pine… Continue

I am Ajay and have been practicing since the last 4 years along with my daughter Juhi. As a member, I enjoyed the goodness of our faith and the practice gave me a lot of comfort. I was really impressed with the inspiring experiences I heard, and often wondered if something amazing like that would ever happen to me.

Life went on with the usual ups and downs, and I made sporadic attempts…

from The New Human Revolution Thanks to Noriyo Ann Sekiyama for her post of these on the group, " SGI President Ikeda's Guidance"
"Bodhisattva Boundless Practices corresponds to eternity and the element of wind. “Eternity” represents a state of being awakened to life’s eternity across the three existences of past, present, and future. It is to experience a vast and boundless state of mind based on the eternal law of cause and effect; a state that is free of the suffering caused by a… Continue

For Today and Tomorrow


A mother's beliefs have a powerful influence on her children. In the realm of Nichiren Daishonin's Buddhism, too, the children of families where the mother's faith is strong invariably develop into admirable adults.


Wisdom for Modern Life by… Continue