" That day was also rainy. A few minutes before six o'clock in the evening, a capacity crowd of about one hundred eighty young men packed the second floor of the Headquarters building in West Kanda.

The room was stuffy with the sultriness of the rainy season and the damp clothes of the attendants. But the hall still managed to overflow with vitality. Many of the Youths present, still in work clothes, had hurried straight from their jobs. A few of them had dressed their hair with pomade. There were no fine shoes to be seen in the shoe racks. Ragged umbrellas lay strewn in disorder.

Youth division leader Seki was the first to speak. All eyes, full of life, were fixed on him. No sound, not even a cough, could be heard. Suddenly, the violent sound of the rain thundered heavily overhead. It was now a down pour. The historic inaugural ceremony of the young men's division was held on a day of torrential rain.

In a tense atmosphere, Seki was the first to speak:

"Today marks the inauguration of the young men's division. On this commemorative day, I wish to state my belief that the destiny of the Soka Gakkai, which is charged with the mission of achieving the noble cause of kosen rufu, depends on the youth division, especially on the young men's division. For these past seven years, Mr.Toda has raised each of us with his entire devotion. It is time for us to live to his expectations for us"  "

" After Harayama's greetings ended, the youths were intensely anxious for the last event on the day's program- President Toda's address.

They expected a great declaration by Toda that day. The atmosphere in the hall suggested it. Silence fell upon the audience, anxious eyes were fixed on Toda.

Finally he stepped toward the lectern. Thunderous applause welcomed him, as everyone awaited his words.

But Toda began to speak casually about something quite different from their expectations.

"The next president of the Soka Gakkai will without doubt appear from among those present here today". I believe he is here. I wish to express my heartfelt congratulations to him" Toda's voice rang alternately high and low with genuine feeling. The young men unconsciously bristled, hearing such completely unexpected words. Some must have wondered, "He said the third president is here among us. Who on earth can he be?". It was a question far beyond their answering.

Toda glanced at Shin'ichi Yamamoto in the center of the hall but instantly diverted his eyes. At that moment, the event of half a year earlier forced its way back into Shin'ichi's mind "

Comment by Roger PKS on July 27, 2011 at 10:37pm
Hi Noriko,
I am not sure this video clip came from which country, as I made a search from Youtube. Since is not in English ,look like Portuguese , maybe from South America

Comment by Noriko N. on July 27, 2011 at 3:10pm
I enjoyed listening to Kurenai-no-uta by young male members somewhere oversea. Could you please make clear where, when, by whom the music was played?

--TO MY FRIENDS--
This month's youth leaders meeting
commemorates the brilliant 60th anniversary
of the youth division.
May glory shine upon the young people
who are gathering on the historic grand stage.
I entrust the future of the SGI to you.

A translation of "To My Friends" published in the Seikyo Shimbun, based on President Ikeda's recent guidance, with universal value and application. 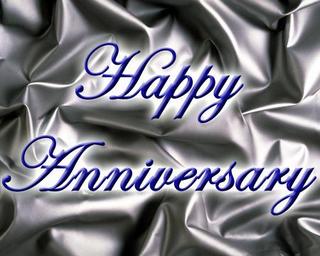